John Oliver, host of Last Week Tonight, was the first over the weekend to blast one of Hollywood’s best known producers, Harvey Weinstein, after a New York Times investigation published on Thursday alleged that the powerful studio executive had been sexually harassing women for decades.

“We marked the one-year anniversary of the Access Hollywood tape with a series of grim stories of the treatment of women,” Oliver said on Sunday. Oliver went on to ridicule Weinstein’s lame excuse for his actions, which basically amounted to Weinstein blaming the loose culture of the 60s and 70s for his chronic harassment of women.

“I came of age in the 60’s and 70’s, when all the rules about behavior and workplaces were different. That was the culture then. I have since learned it’s not an excuse, in the office – or out of it,” Weinstein claimed.

Oliver also took the opportunity to crown Trump “the Harvey Weinstein of presidents,” before slamming the Trump administration for another type of attack on women: its decision to roll back an Obama-era rule that required health insurance plans to cover many forms of birth control.

“The Trump administration is making it easier for employers to stop covering employees’ birth control, or, as Mike Pence would undoubtedly put it, ‘They’re defending the rights of future babies to continue unimpeded through the male sin stick and directly into a woman’s mother hole,’” Oliver quipped.

On Sunday, just days after The Times explosive report, the Weinstein Company fired its co-founder, saying in a statement that the decision had been reached “in light of new information about misconduct… that has emerged in the past few days.” According to The Times, board member Lance Maerov said that Weinstein had, in fact, violated the company’s code of conduct, but he refused to say exactly what that violation had been.

Weinstein Company board members Bob Weinstein (Harvey’s brother), Richard Koenigsberg, Tarak Ben Ammar and Maerov informed Harvey in an email on Sunday that his employment with the company had been terminated, “effective immediately.” Paul Tudor Jones, the board’s fifth member, resigned on Saturday in the wake of the growing scandal.

“Women’s rights organizations are offended by his actions and are now calling for him to be fired. Actors and actresses in the community are appalled at Harvey and have gone on the record as such,” Bob Weinstein said in an email to Lisa Bloom, Harvey Weinstein’s legal adviser.

Hollywood stars, including Meryl Streep and Dame Judi Dench, publicly condemned Weinstein’s actions, with Streep telling the Huffington Post that she was “appalled” by the “disgraceful” news.

Streep went on to explain that Weinstein’s abhorrent behavior was not common knowledge:

One thing can be clarified. Not everybody knew. Harvey supported the work fiercely, was exasperating but respectful with me in our working relationship, and with many others with whom he worked professionally. I didn’t know about these other offenses: I did not know about his financial settlements with actresses and colleagues; I did not know about his having meetings in his hotel room, his bathroom, or other inappropriate, coercive acts. And if everybody knew, I don’t believe that all the investigative reporters in the entertainment and the hard news media would have neglected for decades to write about it.

In a separate statement, Dame Judi Dench said she was “completely unaware” of the “horrifying” claims. Both stars applauded the women who had come forth to speak the truth. Streep praised “the intrepid women who raised their voices to expose this abuse,” and referred to them as “heroes.”

“The behavior is inexcusable, but the abuse of power familiar,” Streep added.

Meanwhile, conservative politicians, along with President Trump, quickly pounced on the news in an attempt to discredit “liberals” for their so-called “hypocrisy.”

Late-night host Jimmy Kimmel, who has been very vocal lately against the Republicans’ push to repeal the Affordable Care Act, wasted no time responding to the president’s jab, adding a link to recordings of Trump making obscene comments about women in 2005.

You mean that big story from the failing, liberal, one-sided @nytimes? I think it is disgusting.

Fox News, without a touch of irony, wasted no time humiliating a “desperate Weinstein” begging for his job after The Times revealed that Weinstein had settled sexual harassment lawsuits with at least eight women.

In a statement, Glenn Close acknowledged that she too was angry, not just at Weinstein “and the conspiracy of silence around his actions, but also that the ‘casting couch’ phenomenon” that is “still a reality in our business and in the world: the horrible pressure, the awful expectation put on a woman when a powerful, egotistical, entitled bully expects sexual favors in exchange for a job.”

Kate Winslet, in a statement to Variety, said Weinstein’s “behavior is without question disgraceful and appalling and very, very wrong. I had hoped that these kind of stories were just made up rumors, maybe we have all been naïve. And it makes me so angry. There must be ‘no tolerance’ of this degrading, vile treatment of women in any workplace anywhere in the world.”

For decades, Weinstein has—as did Roger Ailes, Bill O’Reilly, Bill Cosby, and Donald Trump before him—chosen his targets with cunning precision and then relied on his power and position to shield him from the consequences of his deplorable actions. A Woman’s Chance Of Getting Pregnant Depends On Her Biology

The scene plays out daily in my fertility clinic office: a woman distraught and tearful enumerates how many people have blamed her infertility on... 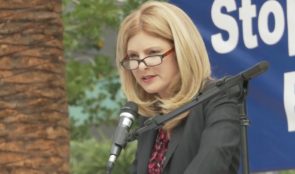 Lenora Claire’s Taking Her Fight To The Top Professors and former graduate students submit complaints against a distinguished UR professor. After nearly four hours of deliberation, a jury, comprised of six women and two men, ruled in favor of the Taylor Swift and her...
Load more