When Hurricane Harvey innundated the Southeast region of Texas, Mexico immediately offered aid and their condolences to the victims of the hurricane. President Trump did not respond to their offer, and when Mexico was subsequently hit with the worst earthquake in its history (killing 96) followed by Hurricane Katia, Trump said nothing. He offered nothing to our neighbors, not even kind words.

While Trump has yet to weigh in, others have responded to Mexico’s initial offer; Secretary of State Rex Tillerson and Texas Gov. Gregg Abbott (R) both thanked the country, although it took Tillerson over a week to formally respond. A spokesperson for Abbott also acknowledged the rescission, thanking Mexico for its efforts and support.

Mexico has now rescinded their offer of help given their own needs after two major natural disasters happening within a single week. President Enrique Peña Nieto showed Trump how to be a real world leader but the President of the United States is a small man. His thin-skinned, narcissistic approach to everything allows no room for real compassion or real leadership. - Jan Harrison

If you wish to contribute to #TrumpWatch, please contact us at [email protected] How Are You Preparing For A Trump Presidency?

A shared fear of regression and love of democracy are bringing many of us together
"There were protests on an unprecedented scale during the Electoral College meetings on Monday. All across America, people were fighting to protect their version... Trump's sons behind effort to buy access to Trump Family
Trump has yet to be sworn in, but that is not stopping his sons from selling access to the White House. According to the... 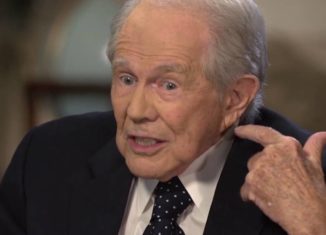 Trump can't stop repeating insane idea about abortion at nine months
At the final presidential debate last week, Donald Trump described what he called a late-term abortion as a procedure: "in the ninth month you can take the... So Mr. Trump, You’re Threatening To Sue Them?

A warning from women
Dear Donald, I have no confidence that you will heed my warning but warn you I must.  Your threat to sue the women who have... Suggests her husband is like a boy
Melania Trump defended her husband's remarks in an interview with CNN yesterday. She suggested that it was just "boy talk" and blamed Billy Bush... They like his stance on terrorism
One of Donald Trump's largest supporters is Shalabh Kumar an Indian American from Chicago.  He is the founder of the Republican Hindu Coalition which held...
Load more