I am so damn tired of being angry and I am white. Each and every day I feel like I am being assaulted by the ugly and hateful attacks on Black people. My family is Black. The people I love most in this world are mostly Black. I cannot abide the fear and anger that is wrapped around my heart. As I read articles about a restaurant owner suggesting that any player who takes a knee should be killed, when a bar owner buys two NFL jerseys one for Marshawn Lynch and the other for Colin Kaepernick and puts them side by side at the entrance to his establishment spelling Lynch Kaepernick my rage takes hold.  I fire back on Twitter and Facebook. I look for ways to sharpen my sword, my pen.

With each and every retort I sink further into an abyss that is of my own making.

I ask myself how do Black people live not only with what I am experiencing but with the reality of the lack of escape.  I escape because I am white, because of my privilege I don’t endure the everydayness and every momentness of being Black in a white man’s world. My husband who is Black does and most days he buries it. He seeks his happiness with us and with the good people around him. He has learned how to manage his Blackness. Oh, he rages from time to time and I know when he is simmering as he watches the news when another Black man is killed by the police. I watch as he deliberately places his wallet in a place easy for him to reach in the car, so he doesn’t have to open the glove compartment. His hands become fists when yet another Black woman dies in jail.

He has had a lifetime of injustice to come up with defense mechanisms that allow him to not succumb to his fury, hurt and rage.

He and every other Black person in this nation have to endure knowing that they are not equal in the eyes of the law and in the eyes of too many of their fellow Americans.

I grew up with a level of security and belonging that Black people don’t experience in this nation.  Very quickly Black children learn that they don’t measure up, that their experience in the world won’t be the same as the white classmates. The doll study that was used as the basis for Brown Vs. Board of Education and has been repeated many times since has shown that children as young as three already have inculcated the notion that to be white is to be better.

As my daughters who are nine and ten, experience their world I want for them to know that they are capable, beautiful and worthy.

I am humbled by their happiness and encourage their self-love.

I am terrified of what the outside world will hand them as I work to give them tools to handle it.  Choosing when to engage is pivotal in staying safe and sane. Something at the moment I am having a hard time dealing with myself.

As America is revealing the depth of its racist heart I am struggling to find a balance. As I watch a smug white supremacist President of the United States suggest that Black people don’t have a constitutional right to take a knee while the national anthem plays, as I remember that he called Nazis and the KKK some very fine people, and when I see post after post and tweet after tweet reaffirming the racist belly of too much of America I weep and rage. I pound my keyboard and curse. My feelings are palpable and ever-present.

I am always waiting for the attack, ever vigilant, wanting to bury the racist retorts with the power of my attacks. It is awful, debilitating and soul-crushing. And accomplishes little.

It is time to stop. Not stop caring. Not stop standing. Not stop resisting, but stop allowing the ugly to hijack my happiness. My love for my family, for myself and for so many Americans who are bravely fighting for all that is good and just is what I must focus on.  To do less is to become like them, to become full of ugly and hate. I don’t want that.

Today I am going to challenge myself to allow my love to flow. To remember the joy and light in my life. With each passing day the nightmare that Trump represents in each and every situation becomes clearer.  Last week Hillary Clinton had to tweet to... Anti-rape technologies date back to the chastity belts of the 15th century but in modern times, we have seen a "slew of aggressive anti-rape... Another act of mass murder has been committed by an American citizen. This time a 64-year-old white male by the name of Stephen Paddock pulled... All Confederate Monuments Must Go The Department of Homeland Security published a regulation on Thursday that abolishes the National Entry-Exit Registration System (NSEERS). The regulation goes into effect today,... 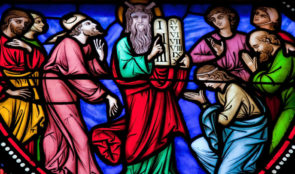 The backlash following civil rights advancements in this country has been primarily encouraged by a religious right claiming that such progress has come at...
Load more