In an open letter to Richmond Mayor Levar Stoney and members of the Monument Avenue Commission, Jack Christian and Warren Christian, great-great-grandsons of Confederate general Stonewall Jackson and his closest living relatives, asked for the immediate removal of his statue, as well as all of the other Confederate statues lining Monument Avenue, calling them “overt symbols of racism and white supremacy.” They encouraged Richmond to follow the city of Baltimore’s lead, and to remove the monuments from public display.

“They are overt symbols of racism and white supremacy, and the time is long overdue for them to depart from public display. Overnight, Baltimore has seen fit to take this action. Richmond should, too,” write Jack Christian and Warren Christian.

“Last weekend, Charlottesville showed us unequivocally that Confederate statues offer pre-existing iconography for racists,” they said. “The people who descended on Charlottesville last weekend were there to make a naked show of force for white supremacy.”

“Instead of lauding Jackson’s violence,” they added, “we choose to celebrate Stonewall’s sister — our great-great-grandaunt — Laura Jackson Arnold. As an adult Laura became a staunch Unionist and abolitionist.”

Read the full letter at Slate 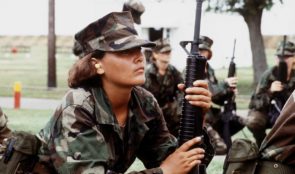 What Do Veterans Have To Say Who Voted For Trump? 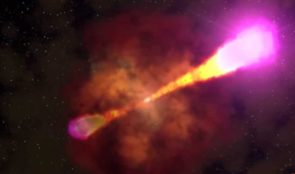 Astronomy Will Never Be The Same

In mid-August of this year, observatories in the United States and Italy detected gravitational waves washing over Earth—the very "forces that bend the fabric...

By now, we're all familiar with at least some of the myriad ways that President Trump is actively trying to sabotage the Affordable Care...
Load more