Long-time promoters of diversity in the tech industry, Elissa Shevinsky and Tarah Wheeler Van Vlack have teamed up to produce a series of instructional videos designed to educate hiring managers and others in tech about diversity and inclusion in the workplace.

Shevinsky is a well-known advocate for best practices in business and technology and editor of Lean Out, a compilation of stories of women struggling with gender equality in tech and start-up culture. She is the CEO of Jekudo Privacy Company and recently organized and led SecretCon, an enterprise security conference featuring close to 40% women speakers and attendees. Also known as #LADYBOSS, Elissa is a serial entrepreneur for over 15 years, known for her work building cyber-security applications as well as her unique perspective on women in tech.

Wheeler Van Vlack is the CEO and co-founder of Fizzmint and the author of “Women In Tech,” coming out in March 2016. She also founded or co-founded Infosec Unlocked (an initiative to add diversity in infosec conference speakers), the Women In Tech Council (advocating for senior women conference speakers), and Hack The People Foundation (a nonprofit mentorship initiative focused on underprivileged people in technology).

Yuliya Falkovich, Advisor and CTO of Garnet News, recently sat down with Elissa Shevinsky and Tarah Wheeler Van Vlack to talk with them about their latest venture and Kickstarter campaign “Hiring Goggles: Build a Diverse Team in Tech.” Parts of this interview have been edited for clarity.

Yuliya Falkovich: Neither of you studied computer science in college but then you entered the tech scene and became very passionate about it. Can you talk a bit about that?

Tarah Wheeler Van Vlack:  Sure. I definitely came into technology through the side door. My background may not have been in computer science, but I was actually studying applied mathematics while I was getting my Masters in political science and PhD in complex systems and political science. Most of the women I know in technology don’t actually have computer science degrees.

Yuliya Falkovich: Unlike me. I have a double major in computer science and mathematics. But I guess that’s not typical.

Tarah Wheeler Van Vlack: No, it’s not. Technology is something that women often discover on their own as opposed to being pushed into it. They end up seeking it out. Because there are so many opportunities for women in the industry.

Elissa Shevinsky: I got started coding in 1997, as a freshmen in a computer science class, and I joined my first startup in 1999. Back in the late 90s, it was unusual enough to be doing tech companies, and most of the best programmers I knew were self taught. I don’t think that there is necessarily the need to do STEM education if you are able to pick up how to code in other ways. I’ve been in the tech industry pretty much since then.

Yuliya Falkovich: What I find a lot of the times when I talk to men in the industry is that while some of them can be very supportive, they can be very clueless at the same time. The majority of men in tech think that the industry is a meritocracy. They don’t understand the value of diversity and why it is so important for women and minorities to be included. If you were talking to a guy like that, how would you explain to him why it is so important?

Tarah Wheeler Van Vlack: You start with the position of compassion and understanding that people are not bad on purpose. They are not bad guys. On an everyday basis, we pay attention to the things that are important to us. Until we are made to understand why something is important, it just drops to the bottom of the priority list. Until people really start to understand that diversity is really not just a buzzword, but is in fact the single, biggest small change you can make to drastically increase your bottom line—with something like 40% better revenues with that diversity—you just don’t see people caring because they don’t understand they should.

Yuliya Falkovich: Right, I think the bottom line is what brings it home for them. When you give them the numbers and show them what difference it can make.

Elissa Shevinsky:  And that’s part of the reason we decided to do this campaign. Tarah and I both believe really strongly in an accessible approach. That’s why we chose to make these videos. We wanted to make it easier for companies to do the right thing because it is better for everyone.

Elissa Shevinsky: I am personally disappointed that we have not seen more support for this campaign. I believe that part of the reason is that the people are scared to be supportive because this topic has become charged. Both Tarah and I were attacked for doing this campaign. And that makes it so that people feel like they are not allowed to help here. We should not limit who is able to help on diversity and inclusion. The word is inclusion, which means it actually has to be inclusive. We are all showing up to work everyday and we are all part of the culture that is created. And we are part of the solutions or lack of the solutions that happen.

Yuliya Falkovich: Yes, it is frustrating. A lot of people get on this diversity bandwagon but when it actually comes to doing something about it they just don’t do anything.

Elissa Shevinsky:  I think it’s really important to have women like me and Tarah working on a solution because we are executives and understand the pressures that companies face. We understand the challenges managers face, the competing interests they have to balance in order to get things done inside the company. So we are not only diversity advocates, we are here to help make the workplace better. Those of us who believe in diversity have to go past our differences and do this together.

Yuliya Falkovich: Agreed. I don’t understand why you are getting such backlash. It just makes no sense to me. You are trying to do something really positive.

Elissa Shevinsky: People are scared that we are doing something, that we are helping. But, we want this to be a collaborative effort. We’re trying to make inclusion more accessible and less scary.

Tarah Wheeler Van Vlack: Yes. I want to mention that we also deliberately brought on board Angie Coleman, Quiessence Phillips and Amélie Koran.

Elissa Shevinsky: These women are amazing, and I am so grateful for their support!

Tarah Wheeler Van Vlack: What Elissa and I are really trying to do here is make it so that people who have experience with diversity—and who have experienced challenges and setbacks as women of color, as transgender women—have the ability not only to speak out on issues but to actively assist hiring managers and others in the field to address this problem.

Elissa Shevinsky: I think we need to get past critiquing each other and start thinking about how we can work together to create a truly inclusive and diverse environment in tech. If companies, if individuals, believe that this is important then I urge them to support us now. One donation could underwrite this whole thing. This is a collaborative effort that we cannot do alone. We need to pay our speakers and our videographers. There are only a few days left!

Yuliya Falkovich, Advisor and CTO of Garnet News. She is a fan of unix and open source that deeply cares about diversity in tech.  She is active in NY Startup scene and women in tech organizations.

It took the FDA a very long time to produce guidelines for antibiotic use in farm animals.  Overuse has been established to create antibiotic-resistant...
From Slate | Christina Cauterucci
Health Care

An astonishing 13 percent of American women support the GOP's American Health Care Act, its "new and improved" answer to Obamacare.Twenty-two percent of men feel the same...
From ThinnkProgress
Health Care

Trumpcare - You Have To Be Married To Get Maternity Coverage

The recent changes to Trumpcare include stripping mandated maternity care and childbirth coverage from health insurance plans. It will cost more to get them... 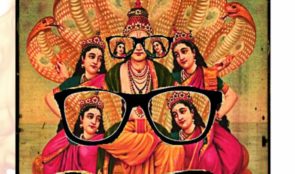 A Woman Can’t Write This Type of Film

This summer, we’ve been treated to the usual rush of Marvel comic movies, the controversial reboot of the classic Ghostbusters with an all-female cast,... Second Time Around: Women In Tech

We are continuing our coverage of women who made a move into technology careers later in life and are thriving in their new fields. We believe...
Load more