Women just participated for the first time in Saudi Arabia’s elections, as both voters and candidates on Saturday. About 980 female candidates ran for municipal council seats though many were not expected to win, outnumbered 6-1 by male candidates, according to the Associated Press. 130,000 women compared to 1.35 million men registered to vote, reports Chas Danner.

It’s possible, however, that some women may later be appointed to the remaining open seats based on their expertise, since elections only fill approximately 65% of the country’s 3,000 or so council seats.

On Thursday, the president said he had had enough, and the administration issued an ultimatum to House Republicans — calling for vote on the current GOP... Ivanka Trump: Nepotism At Its Finest

Ivanka has no business having an office in the White House. She has absolutely no qualification for being there. Already, she has attended meetings... 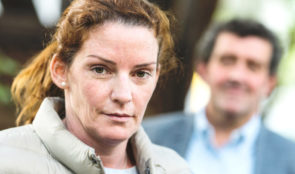 The poor health of white middle-aged Americans is having a significant impact on the labor force, writes Alana Semeuls. Many experts, Semuels explains, have blamed...

Voter fraud is NOT a problem in the United States. The documented incidences are negligible. That didn't stop President Trump from lying about it...
Garnet News | Danielle Bizzarro
National security

The 2016 election revealed serious vulnerabilities in our national electoral system that left us open to lethal attacks upon our democracy, both foreign and...
Load more